Mike Shanley wrote a nice article about the Don Aliquo "Year of the Don" project for the Pittsburgh City Paper.  Here it is:http://www.pghcitypaper.com/pittsburgh/assembled-by-bassist-mark-perna-the-year-of-the-don-series-offers-an-in-depth-look-at-the-work-of-tenor-sax-player-don-aliquo/Content?oid=1968147

Don Aliquo celebrated the release of TWO CDs on November 5, 2016 at James St.  The first, Lullaby For Joan was recorded in 2003 and 2004 with Rodger Ryan (who sadly passed away in January 2005), Victor Garzotto, Ken Karsh, Mike Sakash and Mark Perna.  The second, One For The Joes, was recorded in 2006 and 2010 and features Victor Garzotto, John Schmidt and Mark Perna.  The CD release party featured Kevin Moore on piano, Eric Susoeff on guitar, John Schmidt on drums and Mark Perna on bass.  We had some notable sit-ins.  Andy Fite came up and sang a song and then played some guitar, Mary Anne Mangini sang a song, Josh Ben sat in on piano and the great Richie Cole stopped by and played some alto sax for us.  The complete set of pictures, all taken by Aaron Jackendoff, can be found here:  http://markpernamusic.com/don-aliquo-photos.  Here is a sampling of them: 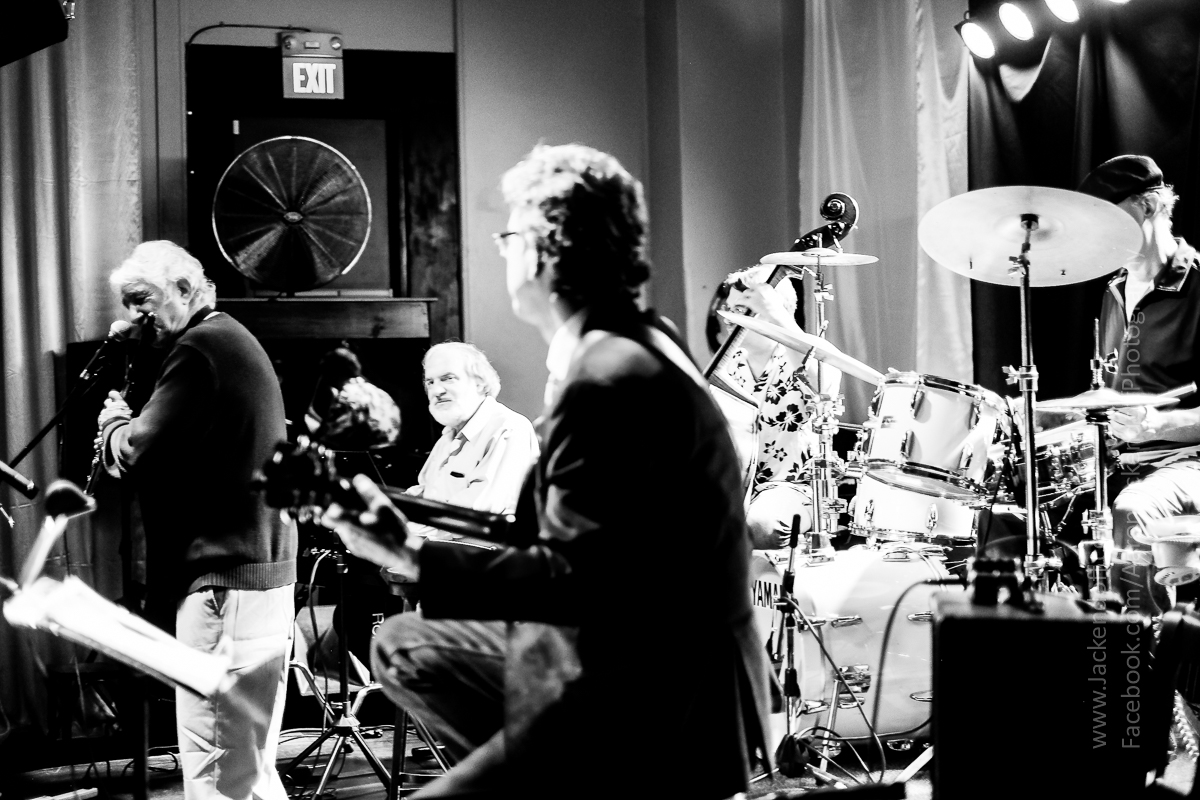 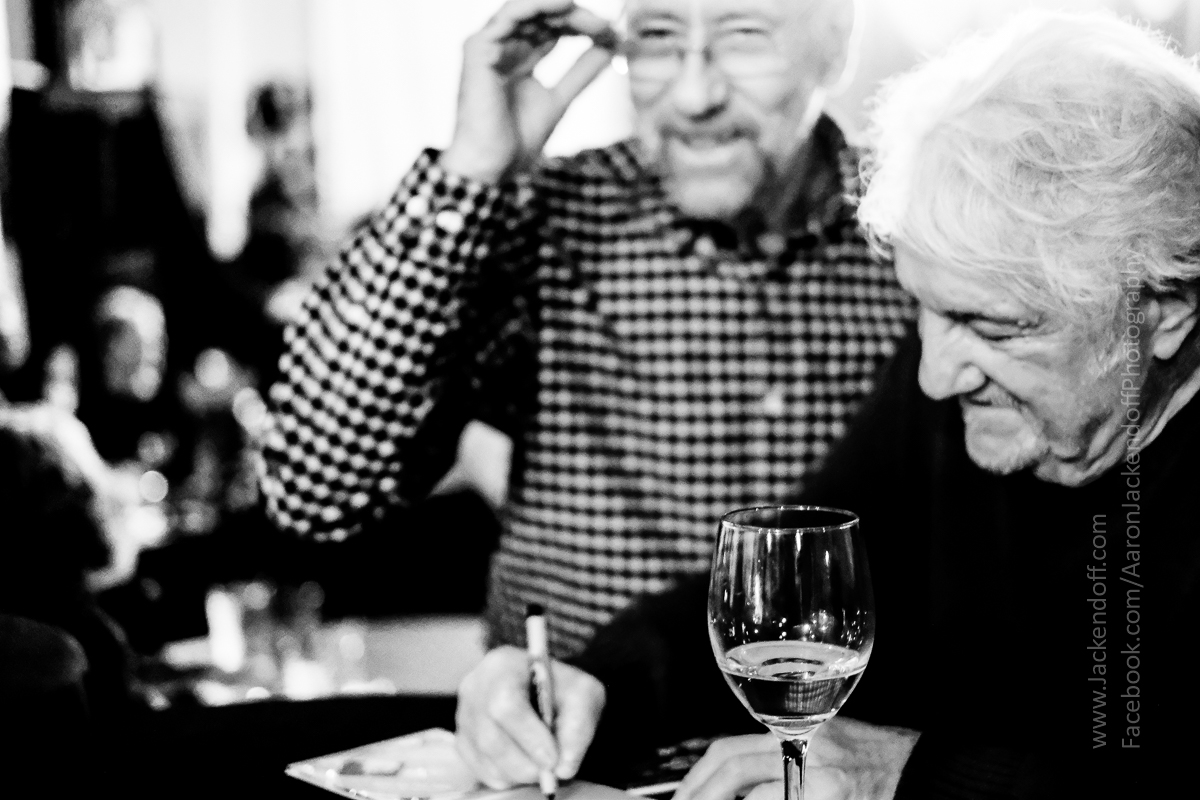 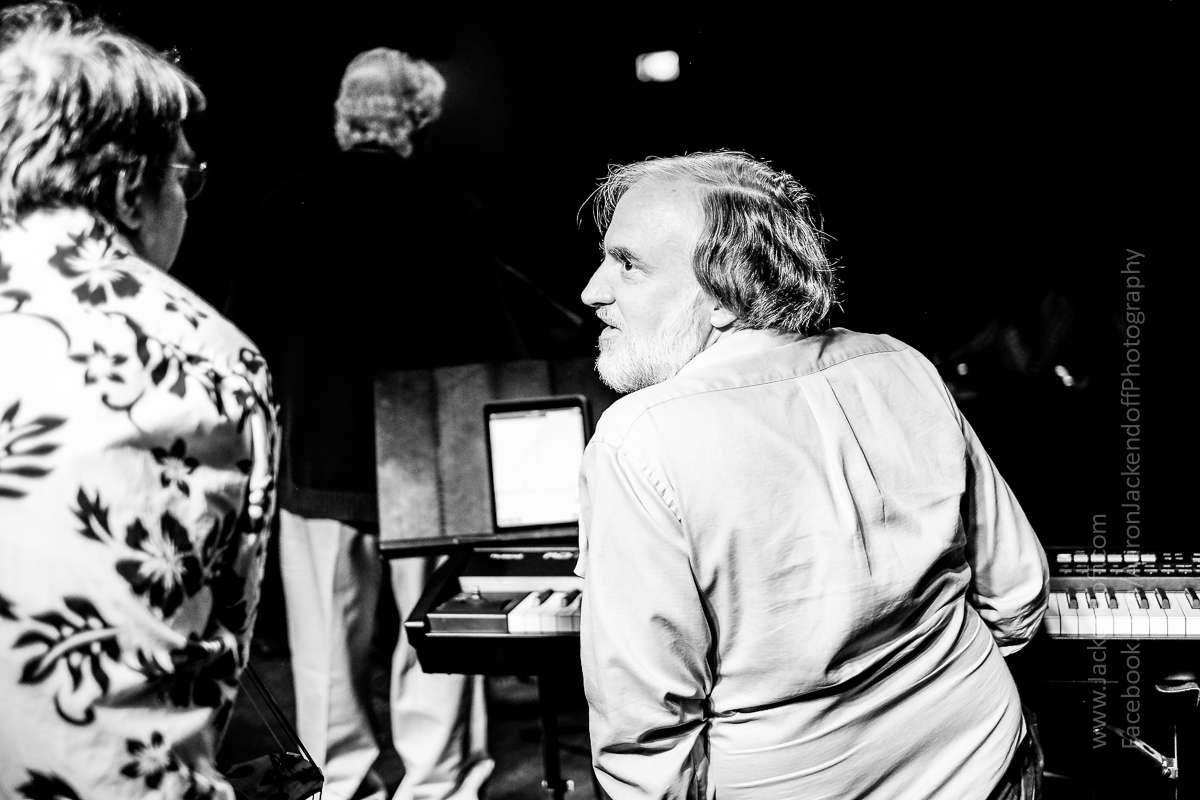 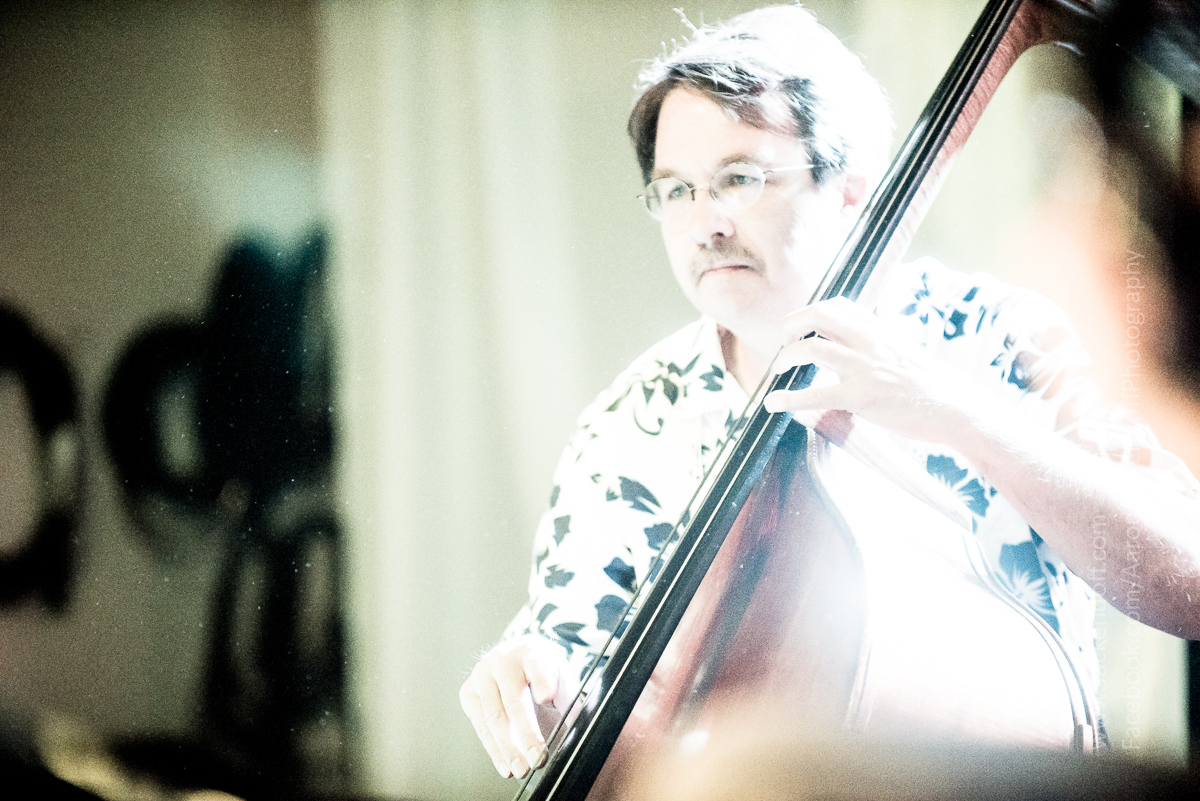 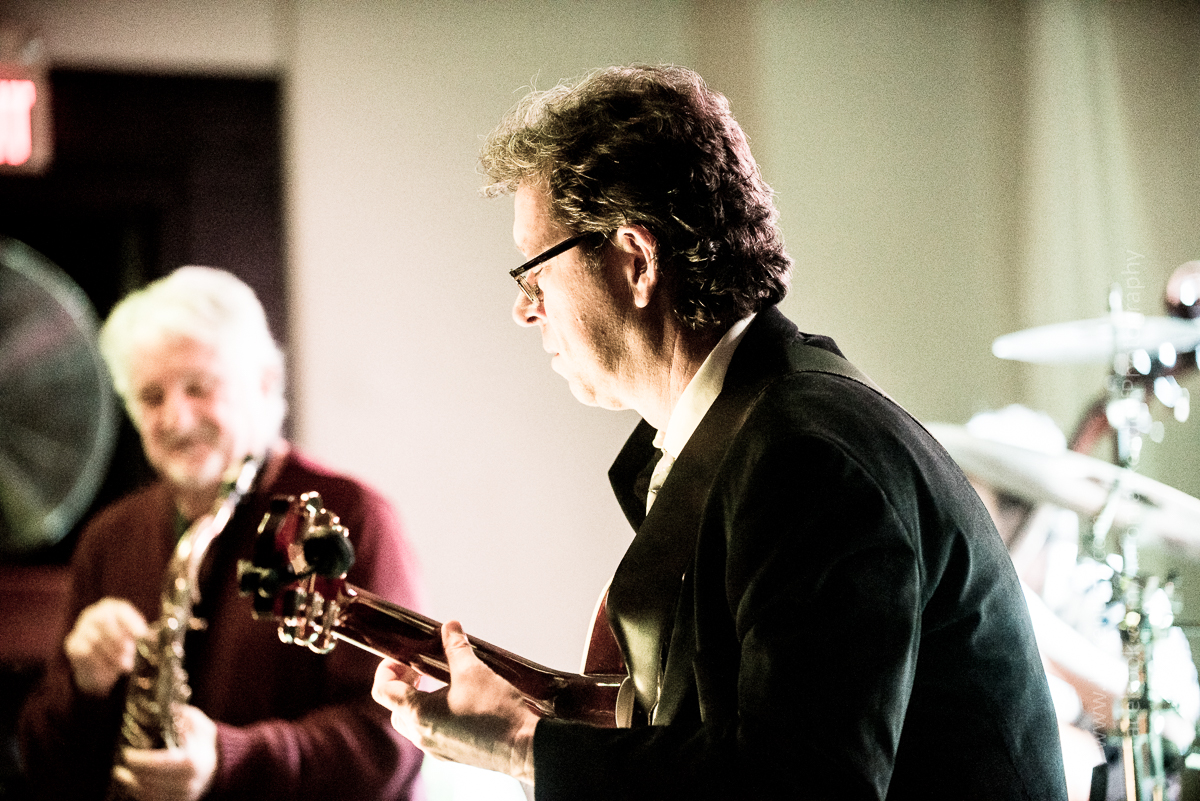 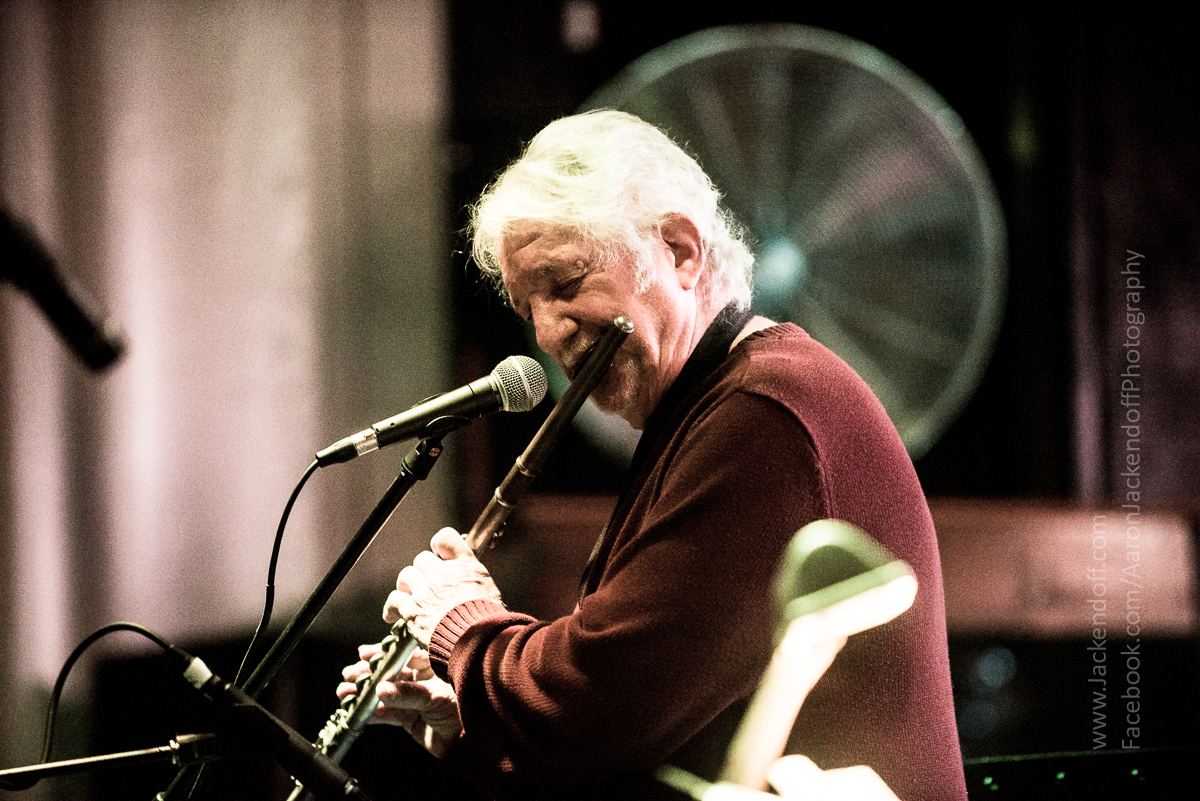 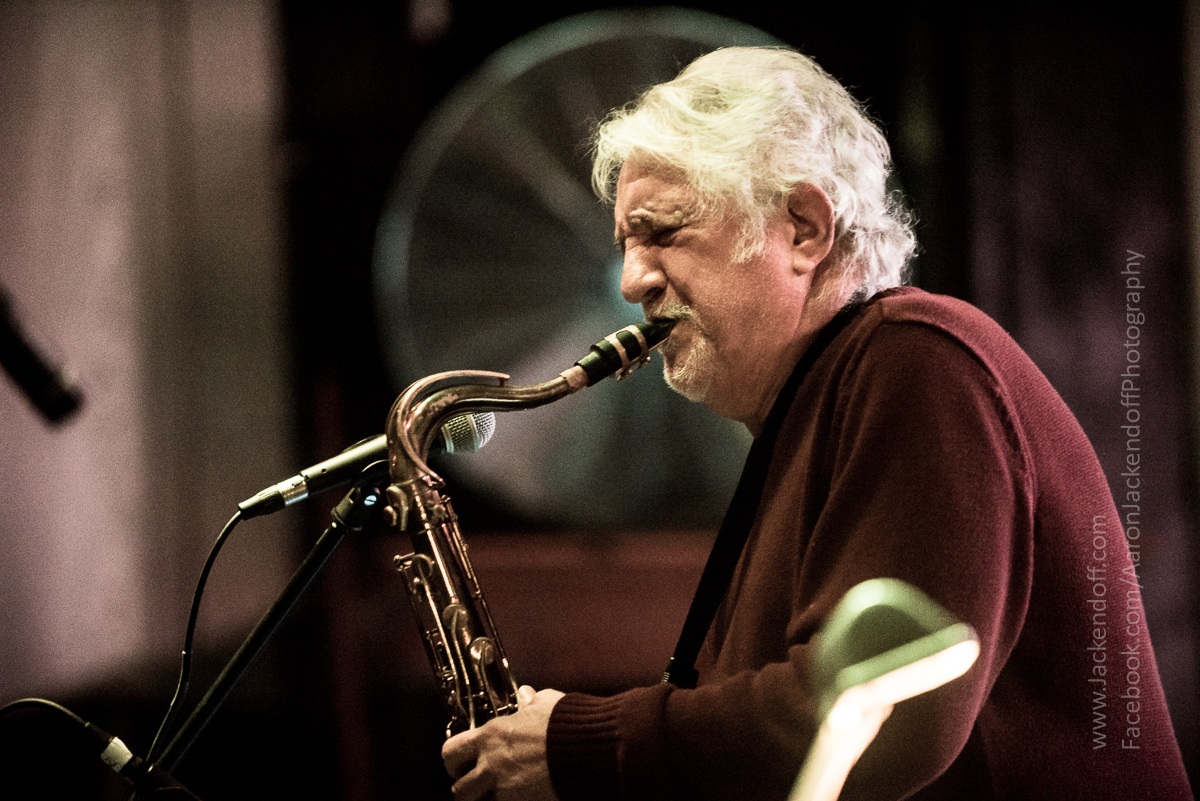 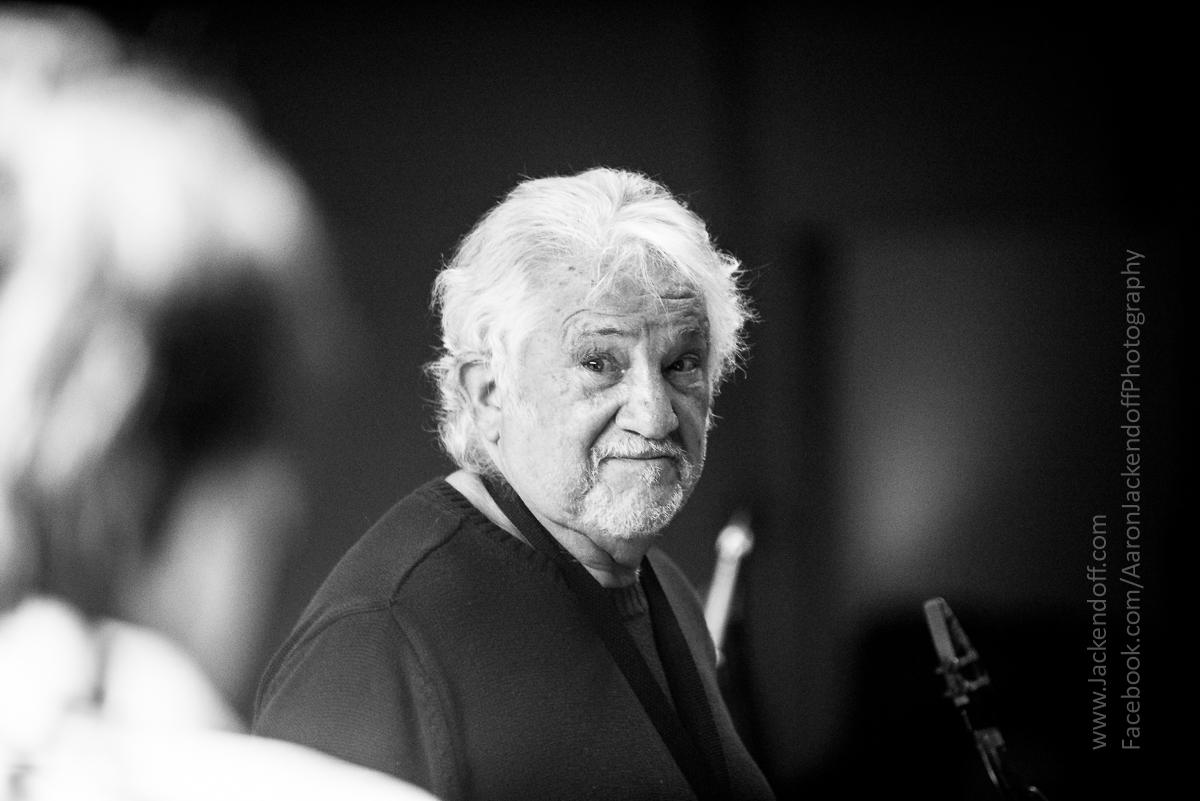 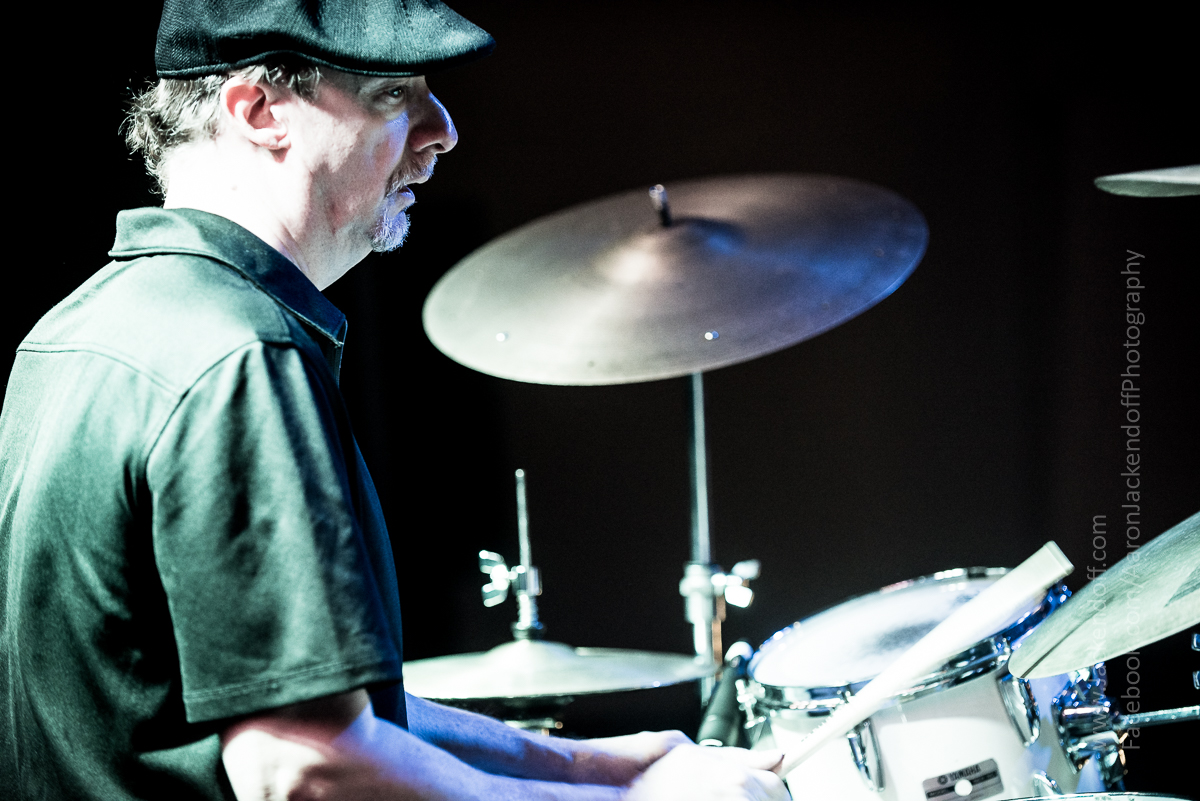 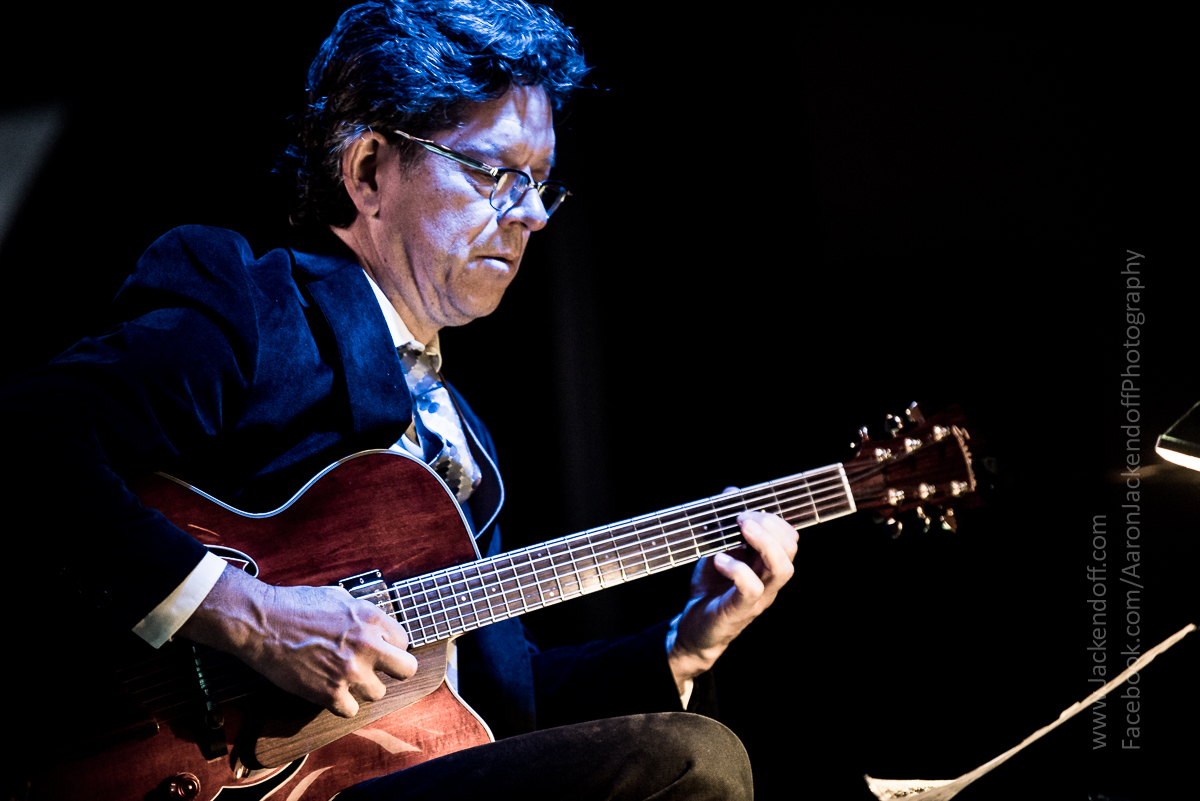 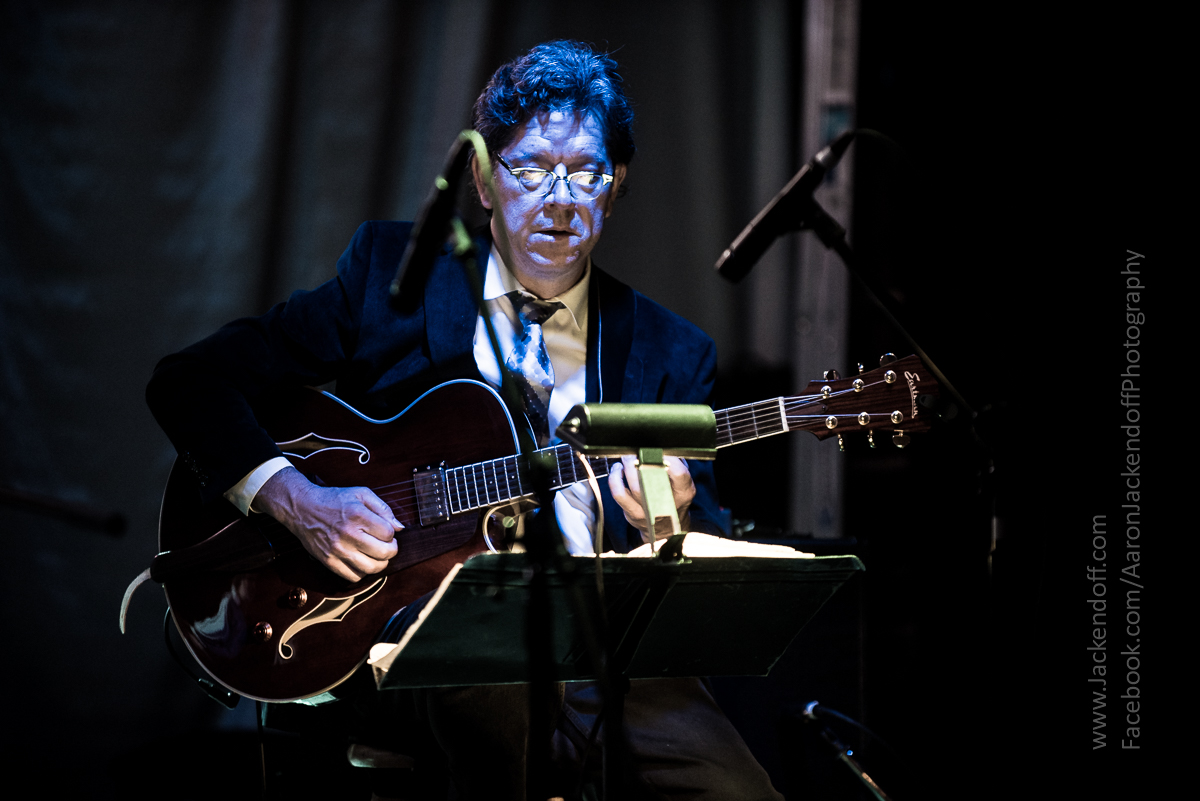 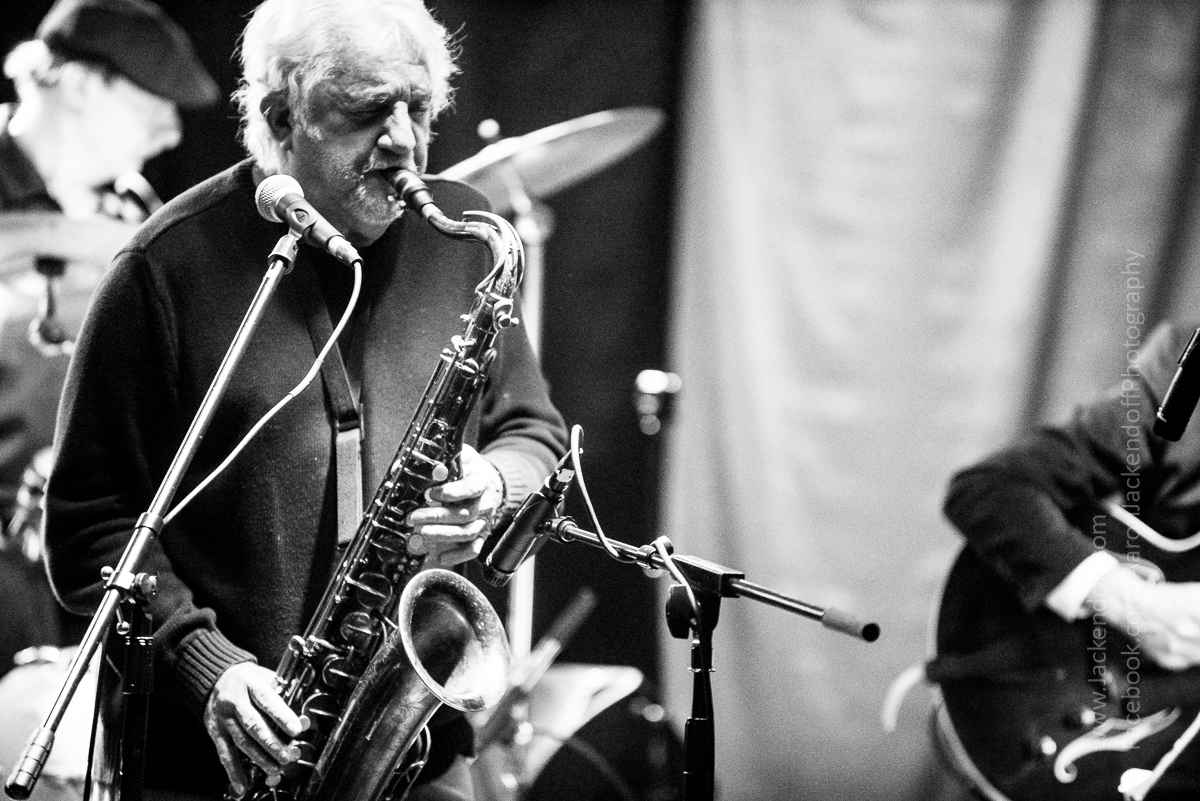 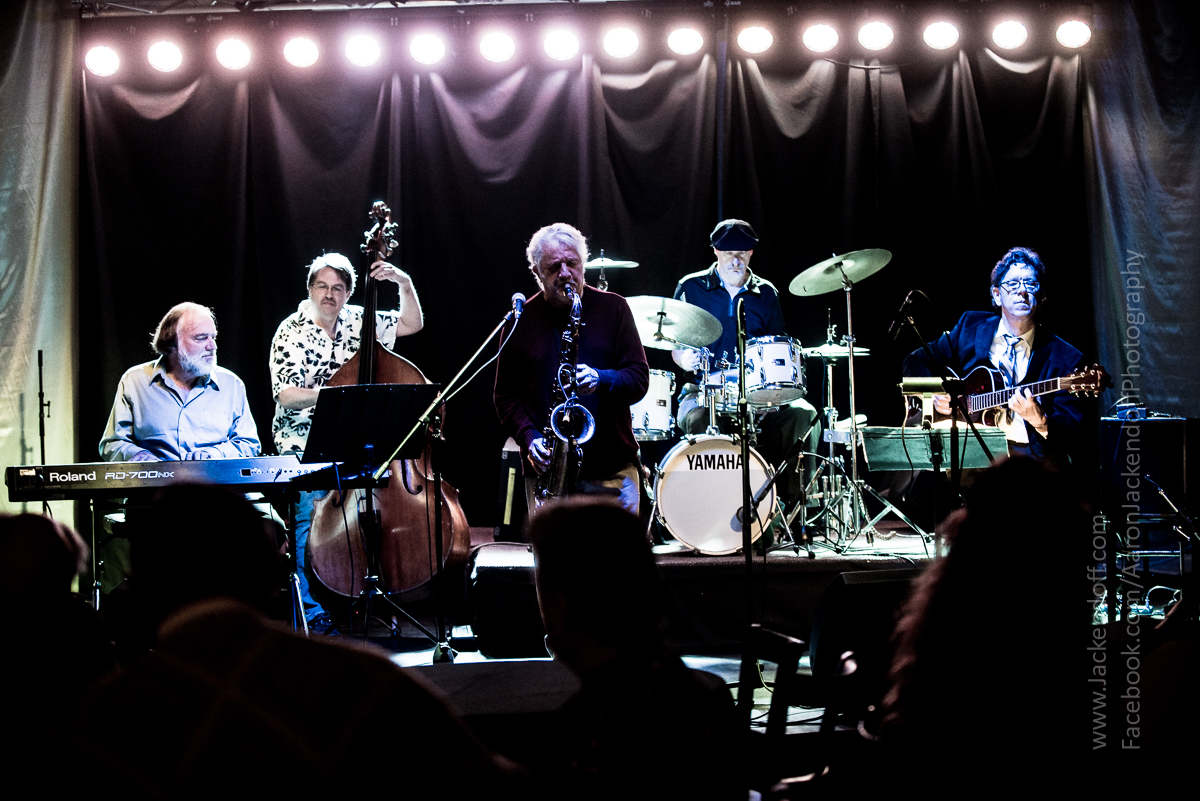 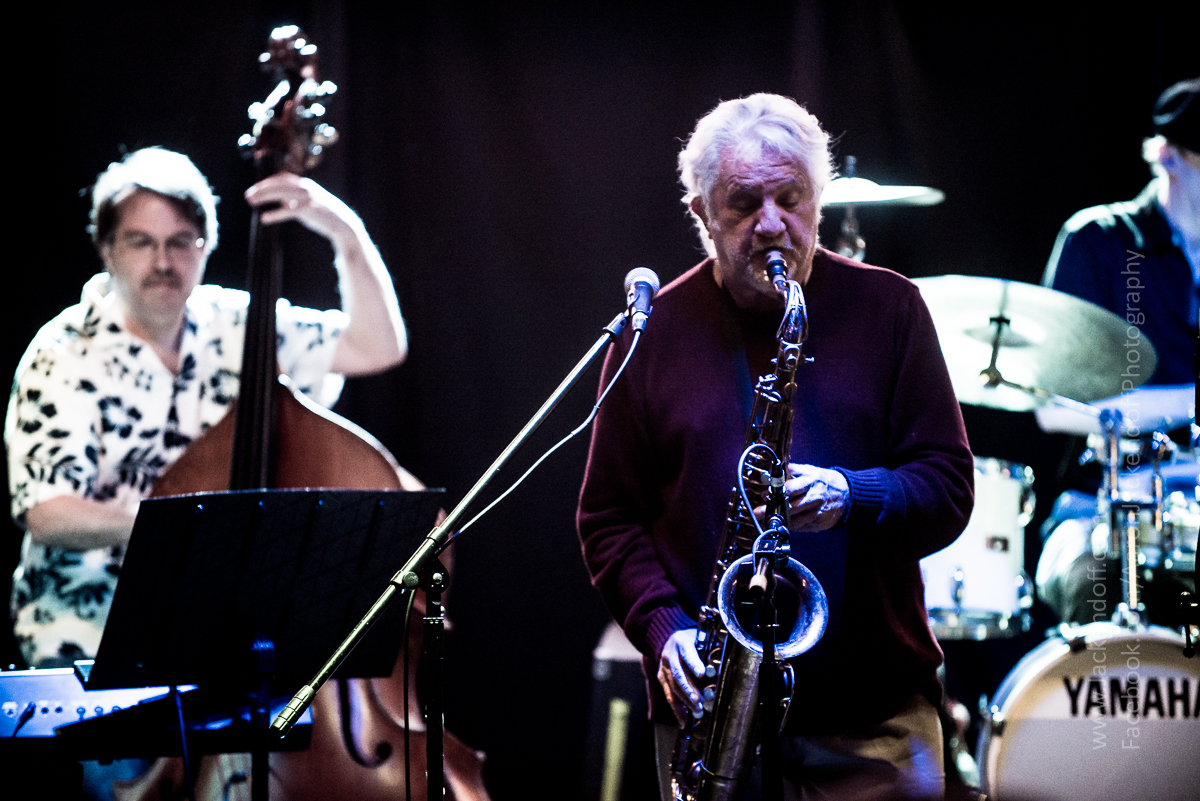 So we're getting a new furnace.  Stay with me, it ends up being relevant.  In order to get the new furnace into the house, I had to clean the basement up to make room for the guys taking out the old furnace and installing the new one.  While doing so, I stumbled upon a cache of Don Aliquo recordings that I had completely forgotten about dating from 1998 to 2002.  All were well recorded and mixed.  The performances are exceptional as well.  Some are even great.   Some date back to Don's original sessions at Studiophonix 3001 in Mt. Pleasant in 1998 and 1999 and a few later ones from 2001.  Others were from Mr. Smalls in 2002.  Yet others date to 2002 at Heids.  There are a bunch of trio sessions with John Schmidt, Don and I and one quartet session adding Eric Susoeff.  There's a duo session from Heids with Don and I.  Some of the sessions from Studiophonix date from the DNA album (which will be remastered and made available here after the Year of the Don project is complete).  For those of you that don't know, DNA was Don's second album (released 1999) and featured Don with Don Jr., Eric Susoeff, John Schmidt and myself.   We didn't use all of the material that we recorded for that album.  There were a bunch of great performances that we didn't have room to include on DNA.  They will be seeing the light of day now in the Year of the Don project.

As you can imagine, this changes the dynamic of the 7 album Year of the Don set.  We've already completed albums 1-5 (all available right here in the MPM store in download form and albums 1 and 2 are available as CDs as well.  The others will be available in CD form soon).  We're working on albums 6 and 7 and those will be completed as envisioned but, with all of the additional newly discovered material, we're planning on issuing 2-3 "bonus" discs.

It looks like there will CD release parties on the third Saturday  of the month at VOMA in Johnstown every month through June and possibly July 2017 now.

If you read the previous post about the Richie Cole projects, well here's an interlude to that project.  During the mixing process, my good friend and a truly soulful guy, George Heid came out and asked me if I wanted to see my archives.  My archives?  He and engineer Jim Barr left the control room of the studio and came back with boxes and boxes of DA-78 tapes.  I had kind of forgotten about all of this.  Between about 2002 and 2010, I did a LOT of recording.  I did at least a dozen sessions with the great Don Aliquo.  I made a couple of CDs of my own that I never released.

Here's the dirty little secret: it's fun to record but it's a total drag to turn those recordings into commercial CDs.  It's tedious and expensive and I didn't want to store another pile of unsold CDs in my garage.  Also, between 2002 and 2010, it was a lot harder to promote a local project.  Nowadays, we have easy to create websites that we can sell our stuff through.  We have Facebook so we can annoy our friends with our commercials for our projects.  Back then, the best you could do was schlep CDs to gigs and hope to sell them.

Anyway, right away I found two complete projects of my own and 6 complete and already mixed Don Aliquo albums.  And it's all good stuff.  And there's even more stuff that we haven't found yet.  I know there will be at least 7 Don Aliquo CDs released during this next year.  There may be more.

After looking at all of this already recorded good stuff, I had a bit of an epiphany with Don's material.  Why not, release one new Don Aliquo CD per month for 6 or 7 months in a row?  Would that not be cool?  So we're doing it.  Starting in October, we'll be releasing the first CD called Lullaby For Joan and it features the recordings that Don and I did in 2003 and 2004 with drummer and composer Rodger Ryan.  Rodger died in January 2005 and these recordings have just been sitting in the proverbial vault all of this time.  Also on the album are Ken Karsh, Victor Garzotto and Mike Sakash.  The second CD will be called One For the Joes and features the classic Don Aliquo Quartet of the mid-late 2000's with Victor Gazotto, John Schmidt and myself.  After that we have two CDs with Eric Susoeff and Tom Wendt.  Once was recorded in 2008 and the other in 2009.  Both were standards dates so we'll be calling them The Standard Don vols 1 and 2.  The fifth CD will be an all Wayne Shorter album.  Tom Wendt, Ken Karsh and Victor Garzotto are on that one.  The 6th CD is going to be called The Chamber Don and will feature duos with me.  Don and I did hundreds of duo gigs between 2002 and the present.  And some trios with Kevin Moore on piano.  Kevin took over the piano duties from Victor in the Don Aliquo Quartet around 2010 and has been the regular guy since then.  And the 7th CD is still in the formative stages.  Around 2006 or 7, I put together a session with Ben Opie, Don, Tom Wendt and myself and we just played.  No tunes, no sketches, no plans, no discussion.  We improved around each other for about 45 minutes.  Stopped.  Took a short break.  Came back and did another 35 minutes.  I'm thinking about editing the session down a bit and releasing it along with free improvisation Don and I did with Kevin Moore and calling The Out Don.

We're calling this project The Year of The Don.  And it's going to be a tremendous celebration of Don's musical life.  I love the guy and I'm really glad I'm able to do this for him.  Jim Barr came up with the album cover concept art.  Each album will have a separate cover but if you put them together, you'll be able to see that they are a set.  If we can pull it off, Don's face will appear on the spines of the CDs if you put them all together in order.