The Alto Madness tag has served Richie Cole well. The saxophonist came up with it during the psychedelic era when a lot of the bands he was listening to—like Tower of Power—had cool handles. Throughout his career, Alto Madness has defined his footloose bebop style. “I play alto and I’m a little crazy,” he says with a laugh.

But Cole, who became popular in the 1970s with recordings like Alto Madness and Hollywood Madness (both of which feature vocalese great Eddie Jefferson), has a new album that on the face of it suggests a very different state of mind: Richie Cole Plays Ballads & Love Songs. Among its offerings: “Chances Are,” crooner Johnny Mathis’s 1957 smash, which has rarely been covered by a major jazz artist.

“A lot of musicians are afraid of doing things that are considered corny,” says the 68-year-old New Jersey native now based in Pittsburgh. “But I’m following in the footsteps of one of my heroes, Sonny Rollins. I mean, he did ‘I’m an Old Cowhand (From the Rio Grande)’ and how corny is that? How corny is his version of ‘How Are Things in Glocca Morra?’ It’s about the qualities you bring to the music, not what songs you choose.”

As CD producer Mark Perna tells the tale, he had booked studio time last September for Cole’s Pittsburgh Alto Madness Orchestra, but at the last minute the horn section picked up a big-money road gig. Perna decided to use the time instead for a “fun blowing session for our archives.”

At the end of the evening, Perna realized that 8 of the 11 songs cut that night were ballads, and all were first takes. It occurred to him that Cole had never released a proper ballads album before. “We decided to finish the album at our next session,” he says. “Three more songs were recorded, the album was mixed and sequenced, and that was it. Richie’s first all-ballads album was in the can.”

As witness Cole’s 1996 album of songs from West Side Story, which he sometimes performs live, he is hardly a stranger to ballads. Richie Cole Plays Ballads & Love Songs includes popular standards such as “Emily” (the name of his mother, who always asked him to perform it in his sets), “Bewitched, Bothered and Bewildered,” and “Alfie,” but also offbeat choices like “Internationale,” the Soviet national anthem; “That Sunday, That Summer,” a minor early-’60s hit for Nat King Cole; and “Chances Are.”

Deepening and intensifying his always distinctive vibrato, Cole takes ownership of the Mathis song, which was featured on Shorty Rogers’s 1959 album, Chances Are It Swings, but few if any other major jazz releases.

“It tells a story and has a beautiful melody, one you can improvise on without going crazy,” says Cole. “In the end, there’s no real difference between playing and singing. Chet Baker sang exactly like he played. He could break your heart with those melodies. Jack Sheldon is another example of what I’m talking about. Satchmo, too.

“I don’t play the saxophone, I sing the saxophone,” Cole continues. “It’s all about telling a story. If you’re gonna play ‘Laura,’ well, what about Laura? That’s where the improvising comes in. If you don’t know the melody or the words—which is true of a lot of musicians—you can't tell the story.”

Another quality that sets Richie Cole Plays Ballads & Love Songs apart is its intimate setting. Cole is accompanied by a cool and companionable Pittsburgh-based quartet comprised of the lyrical, light-fingered guitarist Eric Susoeff, who’s worked with artists ranging from Dizzy Gillespie to Ivan Lins, and whose primary focus is his Latin jazz quintet Salsamba, founded in 1984; versatile drummer Vince Taglieri, whose extensive experience includes work with big bands, theater productions, r&b vocalists, and jazz artists such as Bobby Shew and Sean Jones; and bassist/producer Mark Perna, a veteran musician who’s recorded six albums under his own leadership, plays trombone and bass in the improvisational klezmer band Klezlectic, and has worked with Don Aliquo, Emily Remler, and Ron Affif, among many others.

The altoist is more frequently featured with his longstanding Alto Madness Orchestra, a seven-piece outfit featuring four horns. He likes it because it produces a big, full-band sound while providing the mobility for group improvisations and shifts. After the AMO’s recent performance as part of the Buddy Rich Alumni Reunion in Los Angeles, Cole was feted by celebrated arranger Johnny Mandel, who led his own big band at the event. He was impressed by Cole’s ability to get such a big sound from his smaller ensemble.

“I idolized them and they took a liking to me,” he says. “I was in the right place at the right time.”

Cole started playing saxophone at the age of 10 after putting his hands on an alto that was left behind at the Harlem club. “I grew up with this instrument and I was fascinated by how it worked,” he says. Throughout his formative years, he played in school ensembles, orchestras, and marching bands. When he was 16 (having been adopted following his parents’ divorce by his stepfather), he spent his first of three summers at a music camp directed by alto legend Phil Woods—his future foil on the 1980 album, Side by Side.

Cole won a full scholarship from DownBeat magazine to Boston’s Berklee School of Music, after which he cut his teeth as a professional in the bands of Buddy Rich, Lionel Hampton, and Doc Severinsen.

He went on to form his own quintet. Possessed of a deep love for bebop, he pursued it in the face of widespread indifference during the ’70s, when jazz-rock fusion was on the ascent. “People looked at me like I was playing old-fashioned music,” Cole says. As much as he may have wished he could cash in on the new sounds propagated by the likes of Miles Davis, Chick Corea, and Joe Zawinul, his creative DNA wouldn’t allow him to cross over. “It just wasn’t for me, it wasn’t my thing,” he says. “I made a deal with [jazz-funk saxophonist] Grover Washington. I said if you hit it big, I won’t do your stuff and you don’t do mine.”

In the early ’70s, Cole began a long association with the great Eddie Jefferson, on the road and in the recording studio. “King Pleasure is credited for vocalese, but it was Eddie who really invented that sound,” he says. Tragically, Jefferson was shot and killed in 1979 outside of Baker’s Keyboard Lounge in Detroit following a gig with Cole.

“He died right in front of me,” says Cole, who was with his then-fiancee, actress Brenda Vaccaro. “It changed my life. I really went down the tubes.”

Cole went on to perform and record with such artists as the Manhattan Transfer (whose 1985 effort, Vocalese, was dedicated to Jefferson), pianist Bobby Enriquez, and saxophonists Art Pepper and Boots Randolph. Vocal Madness, a 2014 date with the Uptown Vocal Jazz Quartet that is packed with Cole originals, further showed off his affinity for singing groups. To date, he has recorded more than 50 albums, arranged for symphony orchestras as well as big bands, and written thousands of songs.

Among his many honors: He was appointed to the Board of the National Jazz Service Organization and the Board for the National Endowment for the Arts, where he served as chairman for one year. He is also a charter member of the International Association of Jazz Educators. In 2005 he was awarded the State of California Congressional Certificate of Lifetime Achievement in Jazz on behalf of the Temecula Jazz Society.

He has lived at various times in San Francisco, Los Angeles, and Las Vegas and also spent time in Chicago and San Antonio. In 2014, following a divorce, he moved to Pittsburgh at the behest of his daughter Annie, who lives there with her husband and children.

“I always liked this town,” he says of the city that claims Billy Strayhorn, Art Blakey, Stanley Turrentine, Ahmad Jamal—and Eddie Jefferson—among its native sons. But it took him a while to become musically active there. Mark Perna was instrumental in getting him on various local gigs, and in getting area musicians to participate in the rehearsal bands Cole put together between tours and recording dates. As his original composition, “I Have a Home in Pittsburgh,” tells you, things have worked out exceptionally well for him in the home of the Steelers, the Pirates—and a strong jazz scene in which he’s now a full participant.  •

Richie talking about the origin of his song The Girl From Carnegie from his 2017 release Richie Cole Latin Lover featuring Eric Susoeff, Kevin Moore, Mark Perna and Vince Taglieri.

Richie talking about his time with Buddy Rich on the occasion of Buddy's 100th birthday.

The Many Minds of Richie Cole RCP003 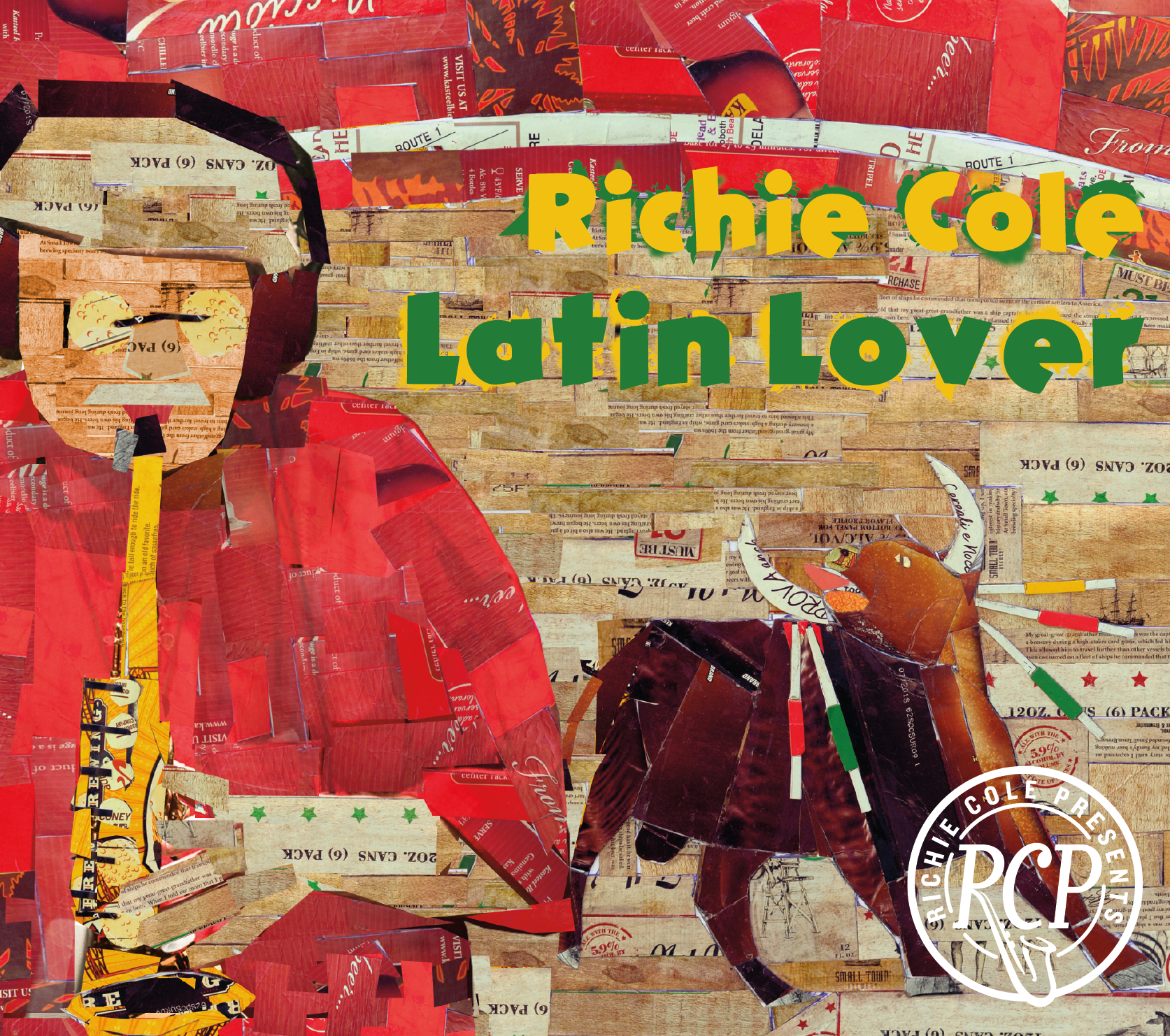 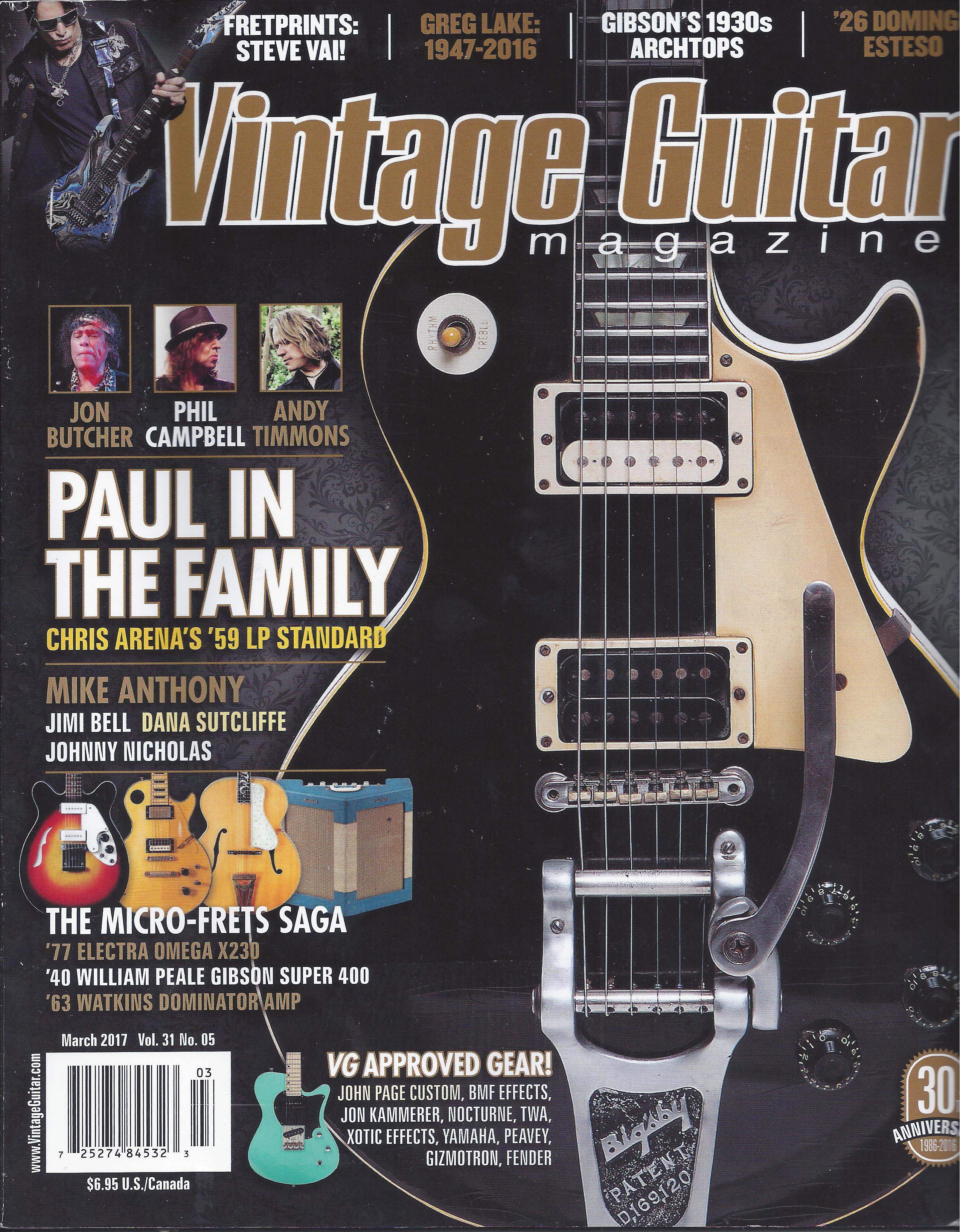 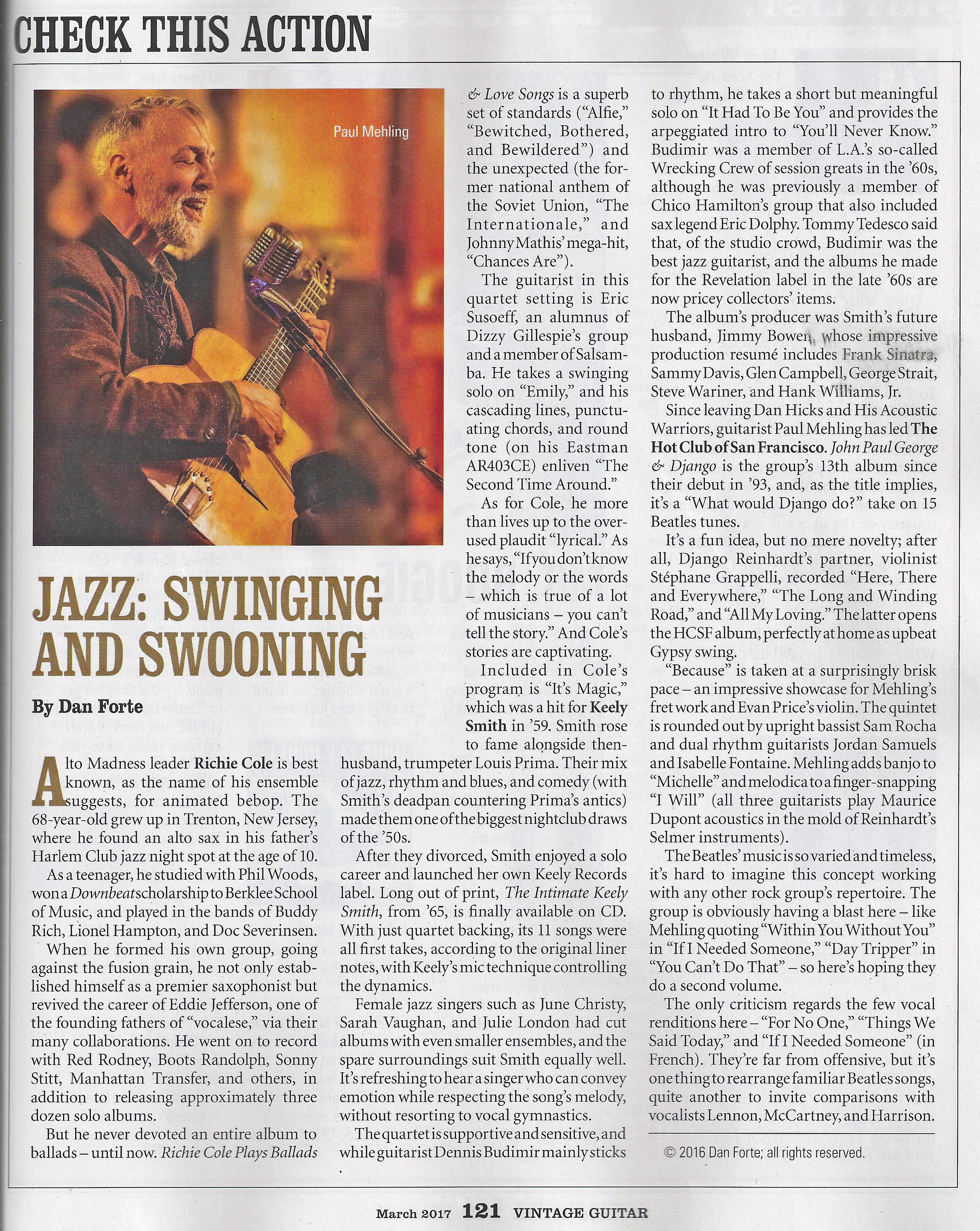 Richie Cole came in 2nd for best alto saxophonist
Eric Susoeff came in 10th for the best electric guitarist behind Barry Finnerty, Vic Juris and Pat Metheny
Mark Perna came in 9th for the best acoustic bassist behind Ron Carter, Miroslav Vitous and Buster Williams.
George Heid/Jim Barr came in 10th for best engineer
The album itself is in the top 25 albums of the year.

Richie Cole Plays Ballads & Love Songs is now the #16 in the nation on the Jazz Week radio charts! 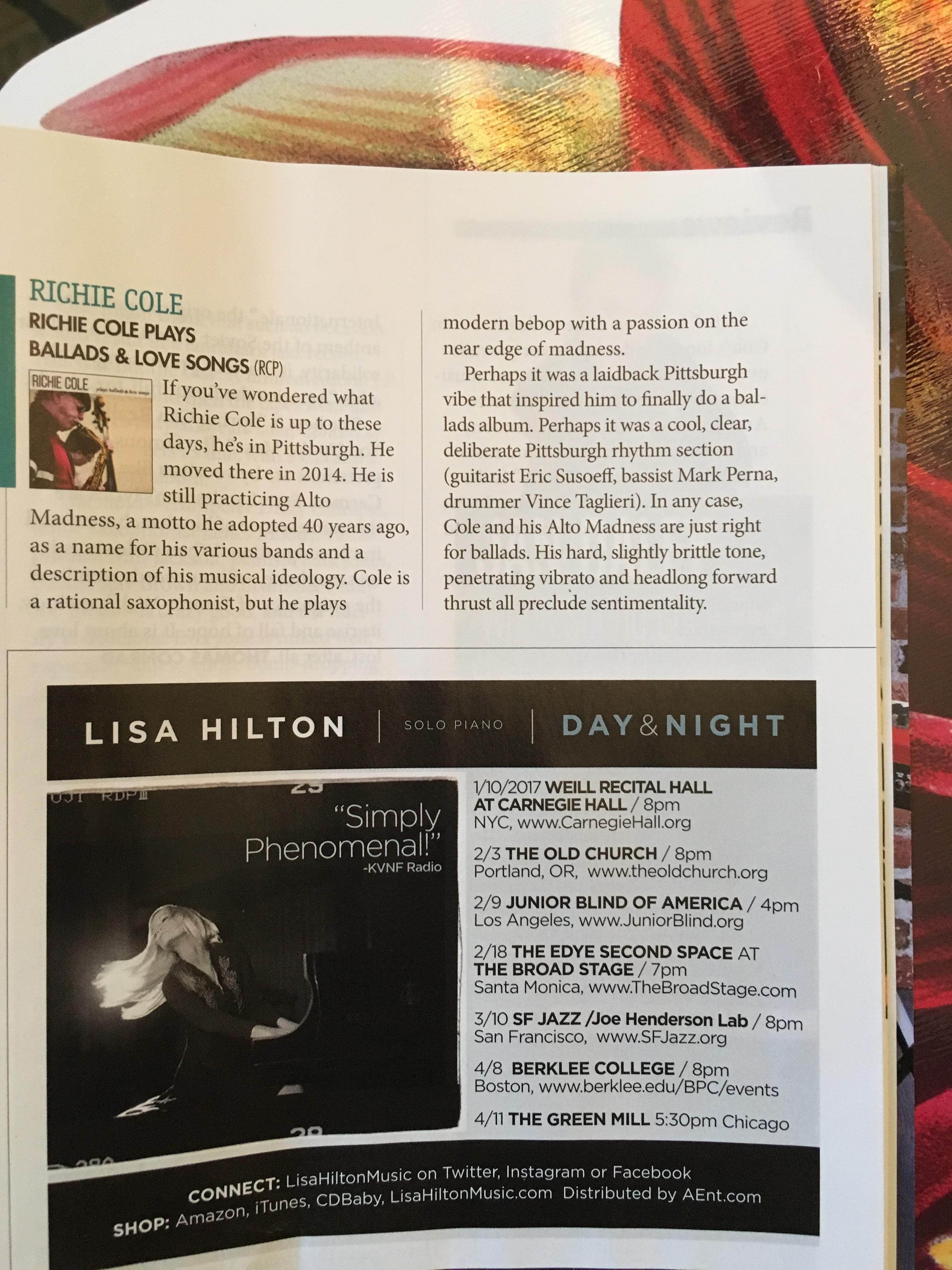 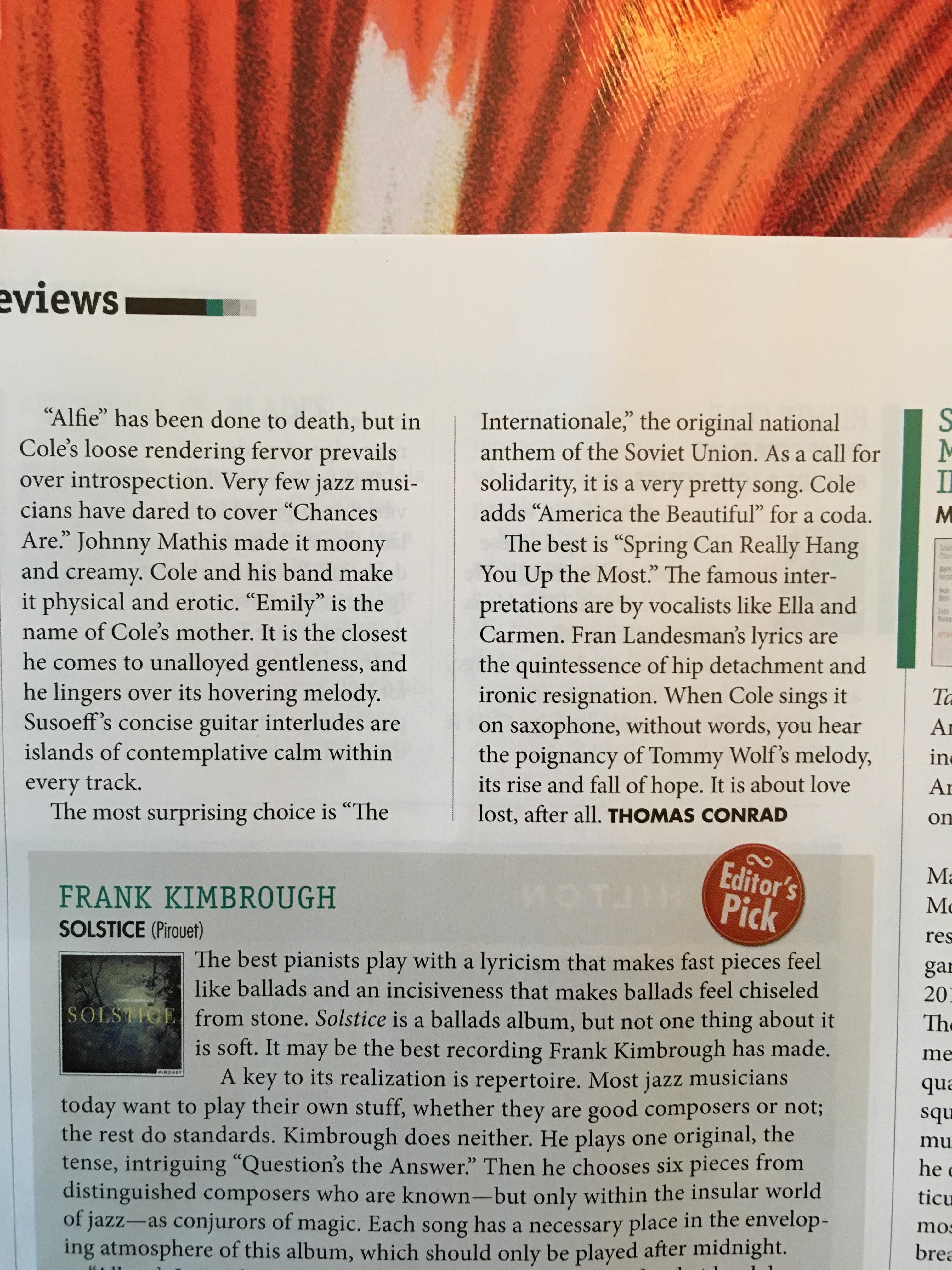 Richie Cole Plays Ballads & Love Songs is #20 in the nation for radio airplay!   This is the last report for the year so we end the year with the number 20 record in the nation!.

As many of you know, our Mark Perna Music team photographer/videographer is Aaron Jackendoff and you can see his work all over this website.  And you'll also see his photos from this night up on the site soon as well.  We were lucky to have another great photographer in the audience at the Richie Cole CD release party at James St. on December 2, 2016: Rick Finkelstein.  Rick has graciously allowed me to post some of his photos here.  Go to: